Get A Free Sample Lesson!
Yes, I am ready to get started today!
* we will not spam, rent, or sell your information... * Your Roadmap to Speaking Conversational Spanish
A Step by Step Approach...

Let's face it: learning a foreign language is not easy.

I learned that the hard way after I received an opportunity to spend a year living in South America. Since I had taken Spanish for years in high school and  college, I assumed that I would be meeting people and making friends in Spanish in no time.

Boy, was I wrong.

After four months of living in South America, I was still barely able to have a basic conversation in Spanish.  Although  I could quote my grammar textbook's explanation of the use of the imperfect subjunctive by heart, I was still helpless when it came to actually conversing in Spanish.

Walking into stores or restaurants, I was mostly reduced to grunting and pointing at what I wanted.  I was not able to make friends, talk to girls, or have any significant social interaction with the locals. 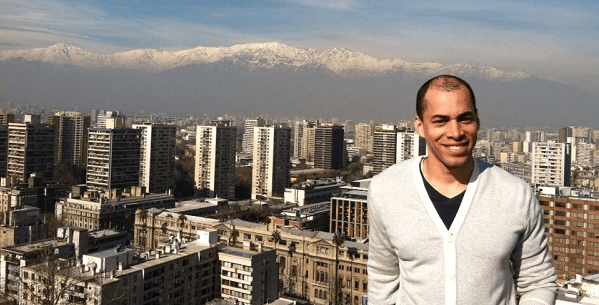 Finally, after significant trial and error, I stumbled upon a series of techniques that rapidly improved my ability to communicate in Spanish.

The most important thing I discovered was that  in order to improve my ability to converse, I needed to spend most of my time speaking and listening. Once I replaced the time I was spending on flashcards and grammar drills with time actively listening and speaking in Spanish, I began to see dramatic improvement.

My next big discovery was that I could get by in many conversations using relatively little grammar. It turned out that it didn't matter if I sometimes used the preterite where I should have used the imperfect, or if I used the indicative instead of the subjunctive  -- people could still understand what I was trying to say.

Changing my approach to account for these principles freed me from the "paralysis by analysis" that had been making my speech slow and stunted and finally allowed me to start speaking more fluently and more confidently.

One Month Spanish incorporates these principles into a step-by-step series of lessons designed to provide real-time practice listening and speaking and to get you speaking conversational-level Spanish in the shortest time possible.

But first a warning: this approach is not for everyone.

If you are looking for something that is "easy" and doesn't require much effort or attention, or if you want cute games or "apps" that require no more than clicking a mouse, then this isin't for you.

But if you are you are ready to finally learn how to speak (not just read) Spanish, and are willing to put in a bit of time and effort each day, read on to find out how you can quickly build your confidence and improve your ability to converse in Spanish. One Month Spanish is an online course designed to teach you conversational Spanish over 30 lessons. Each lesson contains a series of mp3 audio exercises designed to train your brain how to listen and respond naturally in Spanish.

You'll work with live audio of native Spanish speakers conversing in common scenarios (e.g. going to the store, checking into an hotel), sequenced to progressively improve your ability to understand native Spanish conversation.

When you sign up, you'll get instant access to the member's area where you'll be able to start learning and practicing immediately! 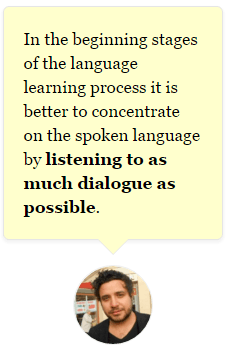 Based on a proven methodology used to teach FBI agents, and diplomats, One Month Spanish is ideal for travelers, foreign exchange students and others who need to rapidly improve their language skills in order to survive in a Spanish speaking country. “After months of struggling to understand basic conversation,
I was finally able to make Spanish speaking friends.”

Each lesson comes with reinforcing audio drills to help you master core skills and more easily recall what you have learned in real conversation.

Who This Course Is For: Check Out What People Are Saying About The Course:

This completely changed the way I thought about “studying” Spanish. Once you get used to it, this just makes way more sense.

I was skeptical at first, but after a couple weeks of using the methods everything started to “click” … I learned more practical skills than entire year of Spanish classes.

I already knew the basics, but I was never able to figure out the conversational aspects. I wasted so much time with Rosetta Stone... I wish I had found this sooner.

I would definitely recommend this to anyone looking for a fresh approach to learning Spanish.

Lesson 7: Looking for an apartment

Lesson 8: Looking for an apartment (continued)

Lesson 10: Moving in to an apartment

Lesson 12: Discussing problems in an apartment

Lesson 13: Going to a party

Lesson 17: At a cocktail party

Lesson 19: Visit to the airport

Lesson 20: Visit to the airport (continued)

Lesson 21: Talking about the weather

Lesson 23: Shopping at the market

Lesson 24: Shopping at a department store

Lesson 28: At the tennis court

Lesson 30: At a bullfight

Frequently Asked Questions
How is One Month Spanish different from other language programs?
We created One Month Spanish to meet the needs of travelers who need to rapidly improve their Spanish speaking skills. Traditional Spanish classes focus on a linguistic approach to teaching Spanish which relies on long-winded grammar explanations (like detailing how the Spanish subjunctive traces its roots back to Latin). Instead, One Month Spanish is aimed at increasing conversational proficiency. We avoid force-feeding you abstract grammar concepts, and instead teach you practical skills that you can use right away.
What do I need to know before starting the course?
Although the course is self-contained and does not require any outside knowledge, some familiarity with basic Spanish will be helpful prior to starting the course (e.g. knowledge of present tense verbs and basic vocabulary). If you are an absolute beginner, we recommend proceeding through the course at a slower pace to make sure you understand all of the covered material before moving on.
How much Spanish will I learn? Will I be fluent?
The goal of the course is to allow you to land in a Spanish speaking country and be able to speak with native speakers – not necessarily “fluently,” but well enough to understand basic conversation. After completing One Month Spanish, you should be familiar with approximately 1000-1500 of the most commonly used Spanish words, which account for approximately 80% of the words used in everyday Spanish.

How long will I have access to the course?

Once you sign up, you’ll have access to all of the material for the lifetime of the course. You are free to come back to review the material at any time.
What You'll Get:
Start Today & Save Get the full course for $97